The Importance of Conference Ambassadors to Ireland

Go West Conference and Event management are running conferences for the last 21 years and know a thing or two about how to run successful meetings and events. As a professional conference organiser (PCO), Go West manages significant numbers of international and association conferences all over Ireland. Since 1995 we have worked with numerous fantastic ambassadors and 2016 is no different!

The Conference Ambassador programme, which is run through Fáilte Ireland, aims to target individuals who have influence in bringing conferences to Ireland. They are also considered to be thought leaders in their field and passionate in their support for Ireland, and in particular their local area, as an events destination. Go West has bid and secured some large scale events for Galway in 2016.

In order to highlight the success of our conference ambassadors, we wanted to give you some details of upcoming conferences as a result of working these ambitious individuals!

We are the team to contact if you wish to bring a conference to Ireland! Talk to us today here.

ISCD 2016 – Conference PCO: GO West with Conference Ambassador: Prof. John Carey
The International ISCD conference is being held in NUI Galway from 1st – 4th June 2016. Go West Conference and Event Management in conjunction with Prof. John Carey were successful in their bid for securing this international conference in Galway. This is the first year the International Society for Clinical Densitometry (I.S.C.D.) Annual Scientific meeting has been held outside North America in 24 years. It is a great opportunity for Ireland and Europe. Irish and European Doctors, Nurses, Technologists, Scientists and many others will be attending this world class meeting with cutting edge research, both clinical and basic science.

Internationally recognized ISCD Bone Densitometry Courses will be held in the run up to and during the conference on how to measure bone mass, fat, muscle and aortic calcification and application in clinical practice. It is a great honour and opportunity for Galway and Ireland to host such a prestigious event in our centenary year.

To date we have over 300 attendees registered from 5 continents and 28 countries, and 30 international speakers from 10 different countries. A significant number of international delegates are coming from the USA and Canada. 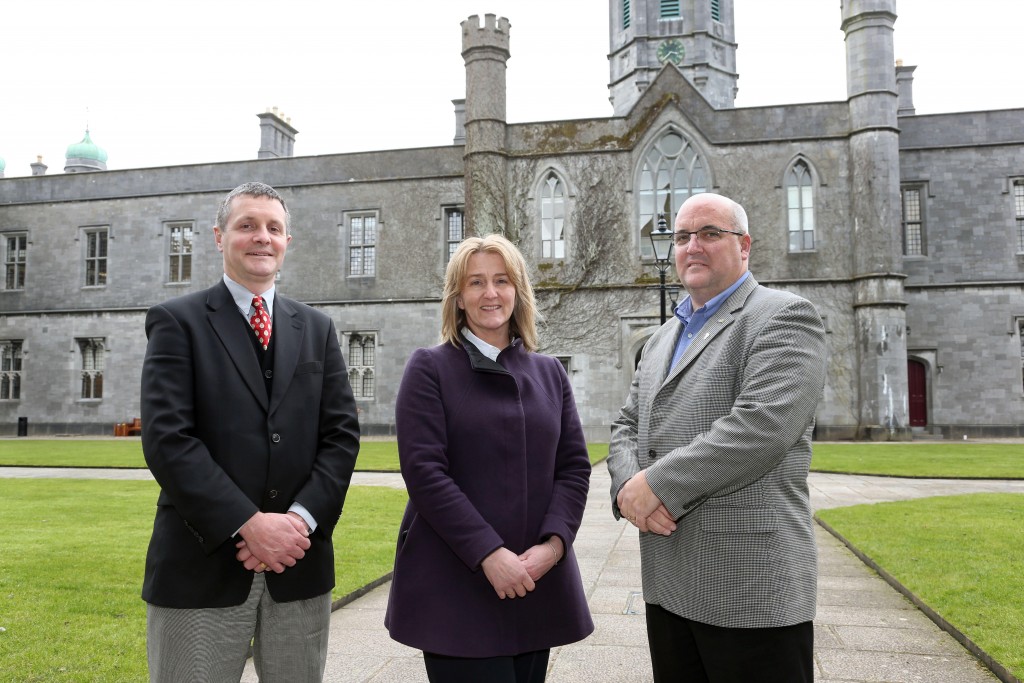 The joint international conference of ISEH 2016, ISEG 2016 and Geoinformatics 2016 provides a historical opportunity for international experts working in several closely related areas of environment, health, geographical information systems and agriculture, to meet and share the latest understanding of the ever growing challenges between humans and the changing environment. This novel joint approach of conference organisation maintains the traditional identities of both conference series while providing a new opportunity of networking for all delegates.

A significant delegation is expected from China as well as delegates coming from the USA, Europe and Ireland. The conference is headed up by Conference Ambassador Chaosheng Zhang and assisted by PCO Go West Conference and Event Management ltd. 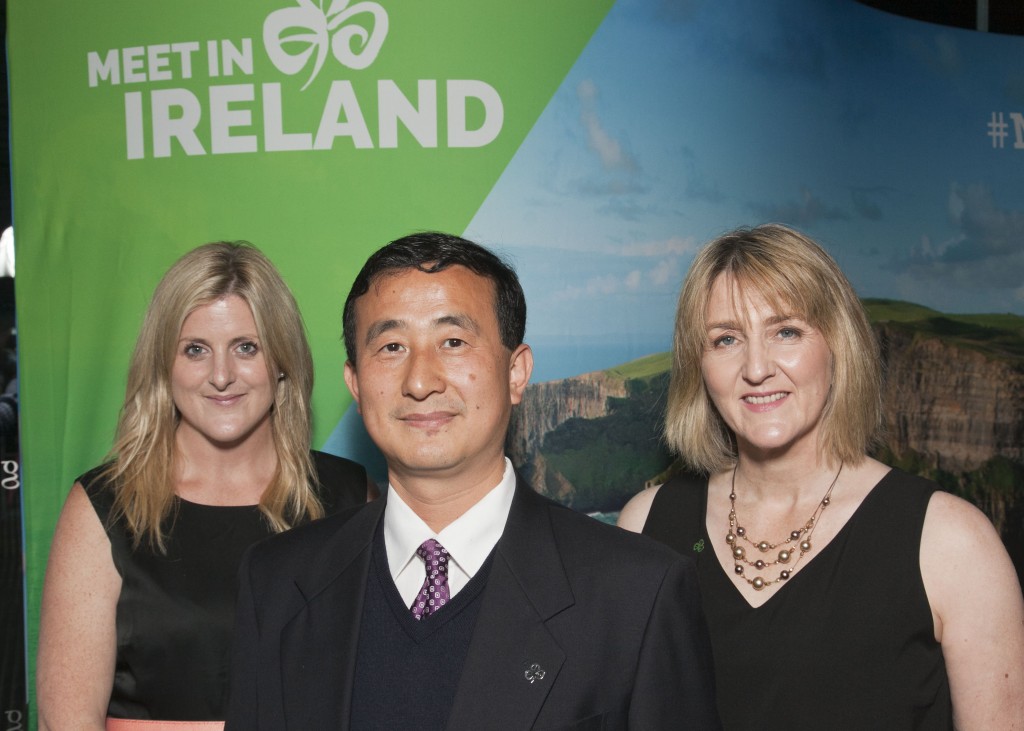 Food on the Edge (FOTE) saw the world’s best chefs descend on Galway for a 2 day conference to discuss the future of food last October 2015.  Voted Food event of the year 2015 by John & Sally McKenna, the conference saw over 40 countries represented bringing flavours and points of view from Australia, Hong Kong, USA, UK, France, Italy and South America for example.  Collectively there were over 50 Michelin stars between the chefs and guest speakers and the event has been used as a showcase food event for Fáilte Ireland.  The event in 2015 and successive planned events in 2016 and beyond formed an integral part of the bid to have Galway designated as European Region of Gastronomy for 2018.  The conference director is JP McMahon who is an award winning chef, Connacht Local food hero 2015, National Food Hero 2015, Michelin star chef of Aniar and owner of successful Spanish tapas bar Cava and Eat Gastropub in Galway city.

The aim of the conference is to challenge people’s perspective on food and their connection to it.  Each speaker focused on the cultural, social, environmental and educational aspects of food.   We all need to eat better and in order to do this we need to debate this on an open platform at an international level.  To inspire action through debate and dialogue: this is Food on the Edge.  A show reel of FOTE with producers and on the Aran Islands can be seen here: https://www.youtube.com/watch?v=C0eiL2tEApM and the website for FOTE is here: http://foodontheedge.ie/

For 2016 the event has over 50 international top chefs from around the world and is due to take place on October 24th & 25th 2016.  Tickets for the 2016 event are available here: http://foodontheedge.ie/tickets.html

“If you weren’t there, then you missed one of the most significant events in the history of Irish food. If you were in Galway city for Food on the Edge, however, then the line-up and the contributions from some of the most vital and intellectual culinary talents of the world was nothing less than mind-boggling, indeed mind-blowing. Dublin got a chaotic Web Summit and, thanks to JP McMahon, Galway got a meticulously organised and thrilling Food Summit, further cementing the truth that Galway is the food capital of Ireland.” – John & Sally McKenna, McKennas Guide. 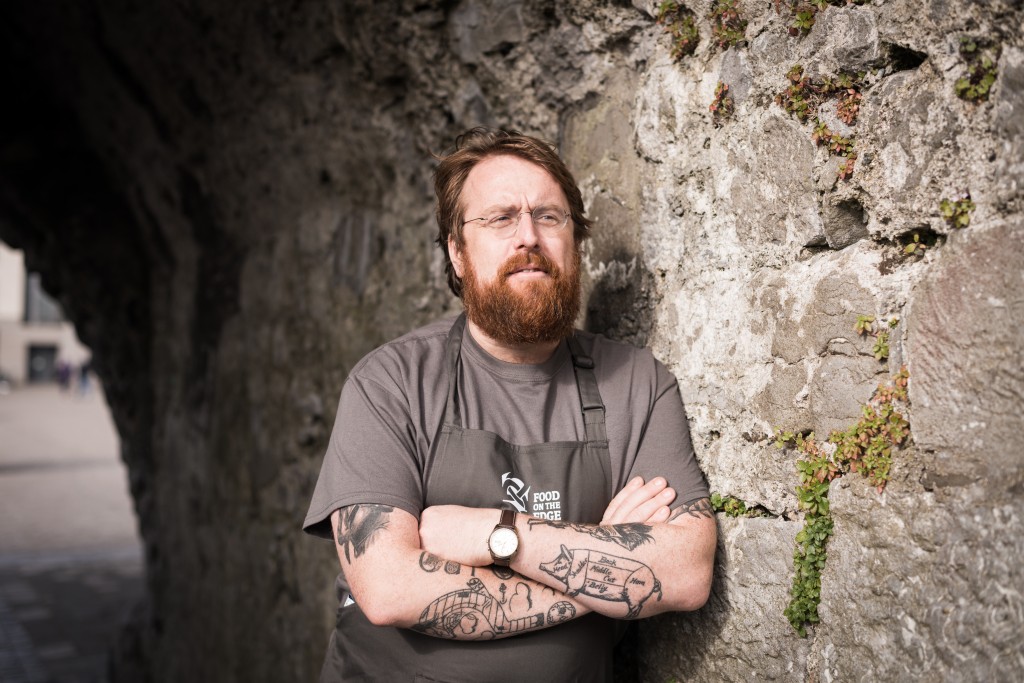